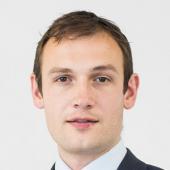 “We want Wales, through our facility in Port Talbot, to become the World’s Centre of Excellence leading the way in the commercial production of lithium sulfur cells for battery systems.  We believe that it will create highly skilled jobs in Wales and help to promote Wales on the world stage.”

OXIS Energy received an equity investment from the Development Bank of Wales to establish the first ever manufacturing plant for the production of electrolyte and cathode active material, specifically for the mass production of lithium sulfur cells. The new manufacturing facility will be in Port Talbot.

Lithium sulfur cells are critical for a number of clean energy uses, including the electric and hybrid car market. The company is working to mass produce electric batteries suitable for use in heavy vehicles like buses, heavy goods vehicles, boats, helicopters and light aircraft. Moving to clean energy is an important way of reducing global carbon footprints and ensuring sustainable on-going energy.

The company has partnered with the state government of Minais Gerais in Brazil, where it has built a manufacturing plant to exploit naturally occurring lithium rock deposits in the region to produce the company’s Li-S cells.

The western seaboard of the ports in Wales, Cardiff, Newport, Port Talbot and Swansea are ideally placed and accessible for exports to Brazil. In the next two years OXIS is looking to set up regular deliveries between Wales and Brazil as part of their growth plans.