BookingLive secures £1.31m investment to fund expansion to US from new HQ in Wales 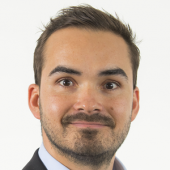 We share relevant third party stories on our website. This release was written and issued by BookingLive.

BookingLive has secured £1.31 million in new investment from Blackfinch Ventures and the Development Bank of Wales. The funding will help BookingLive with its plans to more than double revenues during 2020.

The funding announcement coincides with a decision to relocate the company headquarters to Cardiff’s dynamic tech hub. A new office will be opened at The Maltings on 3 February, and a recruitment drive to hire at least seven new employees for the new office is now underway.

Founded by Ammanford native CEO Vinnie Morgan in 2014, BookingLive provides online booking and reservation software to over 700 private and public sector customers. Its Enterprise system clients including Microsoft, BMW, Universal Music Group, the BBC, CAPITA, The City of Westminster, and numerous other public sector agencies across the UK.

The company’s customer base is expanding rapidly thanks to a new freemium Connect booking system, designed especially for small business owners and now in use across forty-five countries. BookingLive has also recently opened a satellite office in Charlotte, North Carolina with Ebbw Vale-native Chief Marketing Officer Sam Johnston to focus on expansion internationally and within the United States. Following the success of BookingLive’s Enterprise product with local councils across the UK, America’s 100,000 public sector agencies are seen as an especially important market for the company.

Blackfinch Ventures has invested an initial £406,000 and £250,000 comes from the Development Bank of Wales. Second payments of £406,000 by Blackfinch and £250,000 from the Development Bank totalling £1.31 million will be made in early 2020. The investment will be used to expand BookingLive’s team and marketing presence, for additional product development, and to fund further expansion in the UK and US markets. As part of its growth plan, BookingLive will relocate its company headquarters to The Maltings in Cardiff during 2020.

The recent investment caps off what has been a remarkable year for BookingLive. During 2019 the company completed and launched its freemium Connect system, which has found a ready base of users among SMEs. BookingLive also opened its first international office in January to focus on US expansion.

Thanks to support from Blackfinch and the Development Bank of Wales, BookingLive is now expecting to more than double its revenues during 2020.

Securing the backing of both Blackfinch and the Development Bank of Wales is a great vote of confidence in our company and in our product.”

“As a company, BookingLive has always had deep connections to Wales. I grew up in Capel Hendre outside Ammanford, and our CMO Sam Johnston, who is heading up our work in America and Globally, is from Ebbw Vale. I’m delighted to be moving the company headquarters to Cardiff in the coming months.”

Alexander Leigh, Investment Executive with the Development Bank of Wales, said: “BookingLive is a high-quality, high-growth tech business that we are delighted to be welcoming to Wales. Their pioneering products and exciting growth plans make the organisation a perfect fit for our Wales Technology Seed Fund; we’re really looking forward to working alongside co-investors Blackfinch and the leadership team at BookingLive.”

Dr Reuben Wilcock, Ventures Director at Blackfinch Ventures, added: “BookingLive has exceptional traction and we are confident Vinnie will drive strong growth with this round of investment.”