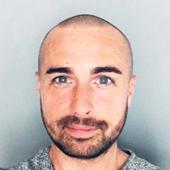 We share relevant third party stories on our website. This release was written and issued by Bot-Hive.

The former Managing Director of Sharp UK and General Manager of Marketing at Sony UK is joining Cardiff headquartered Bot-Hive, the world’s largest online platform for robotics and automation technology.

Paul Hide’s appointment as Strategic Advisor on the company’s commercial strategy is a significant boost to a firm that was created in 2019, and connects companies, organisations and individuals with leading automation products and general robotics industry information. Bot-Hive has based itself in Wales with the support of the Welsh Government and the Development Bank of Wales, with offices in Bristol and Amsterdam.  The appointment itself has come through the strong network that the Development Bank of Wales has provided for the Bot-Hive team, since investing equity into the company earlier this year.

Bot-Hive co-founder and CEO Jacques Bonfrer said: “Paul brings with him a wealth of knowledge and experience that will greatly add to what we are achieving at Bot-Hive. In all of Paul's past and current roles, automation has been a key entity within the teams and organisations he has been responsible for. We are all very much looking forward to working closely with him.”

Paul is the first of three new appointments to be announced in the coming months as Bot-Hive looks to strengthen its position in the market as a new channel partner for robotics manufacturers, integrators and organisations who are looking to onboard robotics into their workflows. Major customers include Japanese group Fanuc, and international technology group, Schunk.

Paul brings with him over 30 years of Tech Sector experience, and is currently CEO of the Association of Manufacturers of Domestic Appliances (AMDEA), having previously served as Chief Operating Officer of Tech UK, the UK's leading technology trade association.

Paul said: “I’m delighted to be given the opportunity to work with the Bot-Hive team.

Industrial Automation is the fourth revolution of manufacturing and supply chain optimisation with AI and Robotics playing a critical role in enabling new solutions. The possibilities are immense and Bot-Hive is well positioned to be a leading player in facilitating this new world.”

Col Batten of the Development Bank of Wales said: “Paul brings huge industry experience and a great network to Bothive. His appointment is testament to our shared belief that this exciting tech start-up really is driving the global robotics sector from the heart of Wales. We’re delighted to have made the introduction.”