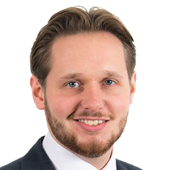 Innovative wave energy technology developer Bombora has secured a seven figure working capital facility with the Development Bank of Wales in a move that will help secure the company’s future in Wales.

Last year the company was awarded a £10.3m grant from the European Regional Development Fund through the Welsh Government. The new working capital facility with the Development Bank will help Bombora to manage its cash flow while the grant is received over the next two years.

Bombora is an award-winning renewable energy enterprise that was established in Perth, Western Australia in 2012. The company has since set up its European headquarters at Pembroke Dock, bringing significant investment into the area.

The company plans to use the Marine Energy Test Area off the coast of Pembrokeshire to demonstrate its 1.5-megawatt (MW) wave energy converter, which sits on the seabed safe from the storms on the surface.

Managing director Sam Leighton said Bombora was attracted to Wales because of the number of people with skills in marine renewable energy.

He said: “There’s a very strong marine energy heritage here in Wales. Three of us moved over here from Australia at the end of 2017, and Bombora has created new skilled jobs, growing the team to 21 people.

“We’ve managed to get a very experienced team in marine energy and offshore operations - enabling us to get up and running very quickly.”

“For a company like ours cash is very important, and this greatly assists us in managing our business while the grant is processed,” said Mr Leighton.

Bombora is backed by its Australian founders and early investors. At the end of 2017 it received a major investment from Enzen, a global energy and environment company with a base in Solihull.

Their unique device, called mWave, was conceived in 2007 and patented in 2012. It’s a modular system which comprises membranes in cells that rest on the seabed.

As pressure from the waves passes over the device, the membranes are pushed in and air inside the cells is forced through a turbine, generating electricity. It’s a closed system with the air returning to the cells before the next wave passes over.

Because the mWave device sits on the seabed a minimum of 10 metres below the surface, it is safe from the damaging effects of storms and strong waves.

“One of the key challenges of wave energy devices is that you get storms, and in those storms, you get very large waves and they can be very destructive. If you’re on the seabed you’re protected from that,” said Mr Leighton.

Bombora plans to place a full-scale demonstration model of mWave on the seabed for six months of testing early next year.

Once the device has successfully completed its testing, Bombora will be looking for opportunities to sell mWave to commercial wave farm developers.

The company is looking into overseas markets such as Ireland or Spain where the wave energy is stronger and are keen to maintain their presence in Wales for assembling and exporting modules in the future.

The company expects to recruit another 10 staff by the end of the year, some in engineering and others in sales and marketing.

“Bombora are renowned marine energy specialists, with a growing workforce here in Wales.

“This funding further demonstrates our unwavering support both to this hugely important sector and to a region that is quickly becoming genuinely world-leading in the latest, innovative marine energy technology and developments.

“As we prepare to leave the European Union, attracting and keeping such companies in Wales is more important than ever, and I’m delighted to see this funding help achieve just that.”

Matthew Wilde, Assistant Investment Executive at the Development Bank of Wales, said: “Helping a global company secure its future in Wales is a great achievement for the Development Bank. It’s a significant investment that keeps Wales at the forefront of marine energy research, providing local, skilled jobs in Pembroke Dock.”