Hut Six maintains momentum as it completes funding round 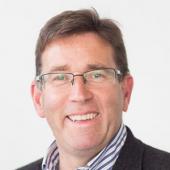 Hut Six Security Ltd, the developer of software based information security training products is delighted to announce the successful conclusion of a £450,000 equity funding round. Existing and new shareholders, including the Development Bank of Wales and a series of angel investors, participated in the round.

This is the company’s second funding round since launching in January 2017. Following completion of the graduate entrepreneurship programme run by charitable technology incubator the Alacrity Foundation, it benefited from an initial seed-funding round in spring 2017. This was led by Sir Terry Matthews’ investment vehicle, Wesley Clover. The company has since progressed from start-up and is now in the process of scaling up. The funds raised will support the company’s domestic and overseas expansion through additional operational support as well as increasing sales and marketing activity.

Hut Six has designed and developed a series of software based cyber security products that raise awareness and indicate appropriate corrective behaviour amongst IT users to combat the techniques and ruses used to breach an organisation’s security procedures. By minimising the risks of human error, Hut Six supports organisations in creating a responsible, security-conscious culture. Gartner, the technology market research specialists, has estimated the current Information Security Awareness (ISA) market at nearly £1 billion annually, with estimated growth at 13% year on year. Computer based training is the largest single segment of the ISA market, accounting for over 25% of revenues.

Commenting on the deal Simon Fraser, Chief Executive Officer at Hut Six, said: “Over the last two years we have hit the commercial milestones we established at the time of the Company’s seed investment round. We are now entering a significant growth phase. The fact we have attracted investment from existing investors, who have chosen to exercise their rights, as well as new investors acts as an endorsement of the progress we are making.”

The Development Bank of Wales, Wesley Clover, Welsh Government, the Waterloo Foundation and individual angel investors are all stakeholders with an ambition to create a cluster of thriving south Wales-based software companies. The investment made by the development bank is the latest of three deals it has made in companies that have emerged from the Alacrity Foundation, having previously invested in Learnium and Talkative.

Dr Carl Griffiths, the development bank’s technology seed fund manager believes closer partnerships with investors like Wesley Clover and Alacrity are needed to help the growth of Wales’ technology sector. Remarking on the investment he said: “One of the development bank’s aims is to provide finances for early stage technology companies with the potential to rapidly expand and generate new employment. Hut Six matches this profile. The Company is working in an important growth area in the ICT and cyber security space. We are excited to work alongside them and other co-investors as they engage in their latest expansion phase.”