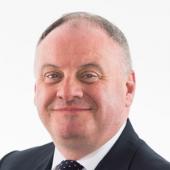 The move into the 11,000 sq ft building, which is eight times larger than La Crème’s base at Baglan, comes as the company gears up for a new contract. They will be supplying cakes, desserts and afternoon teas to the new International Convention Centre Wales (ICCW) currently being built at the Celtic Manor Resort just outside Newport.

The investment by the development bank has already led to four new jobs being created, and the headcount is expected to be further increased to 30 over the next 6-18 months.

The business was set up 11 years ago by managing director Sian Hindle, who is the creative and culinary mastermind behind its success. Sian graduated with a degree in home economics and worked for Tesco in London for several years on new product development.

After taking a career break and moving back to Wales, Sian completed a patisserie course at Neath Port Talbot College, was runner up in a UK-wide competition for pâtissier of the year and opened a cake shop in Neath which grew into La Crème Patisserie.

The company had outgrown their premises at Baglan and it was necessary to move their main production to a larger site. The new site is large enough to incorporate an accredited Gluten Free and Vegan facility which will be an exciting development for the company and will allow La Crème to increase production six-fold over the next three years from around 20,000 portions of cake each week to 120,000.

The company, which has been trading from Port Talbot for 11 years, has made a name on the patisserie scene supplying its top end products to Hampton Court Palace, Kensington Palace and Kew Gardens, and to major sporting venues and events such as the Cheltenham Festival.

Sian’s husband and business partner Ian Hindle, who deals with sales, accounts and distribution, said: “Sian is a fantastic role model for women in business, especially as one who’s had a career break to look after children and then gone back into work. Her ideas and energy drive us forward.

“The development bank loan will make a huge difference to the company. We were approached 18 months ago by the Culinary Director of the Celtic Manor who said they would have a substantial requirement for cakes, desserts, afternoon teas and morning pastries for the new convention centre.

“We had worked with them before, and we knew we needed a new, bigger manufacturing site to satisfy their needs. This site in Cwmbran is just minutes from the Celtic Manor so its strategically perfect.

“Now we’ve got the new premises we’ve got larger stock holding capacity and larger freezer capacity. Going forward, we would like to do more stadiums and events and we now have the facilities to handle these larger contracts.”

Stephen Galvin, Senior Investment Executive at the Development Bank of Wales said: “La Crème Patisserie was already in a strong position, with a prestigious client list. However, as clients’ needs grow, businesses need to be agile in order to grow themselves. Moving to the new site in Cwmbran has been an exciting and pivotal milestone for the company and demonstrates how accessing finance through the development bank can help accelerate development.”

The investment has come from the Wales Business Fund which is part-funded by the ERDF, through the Welsh Government and set up to support businesses with fewer than 250 employees, based in Wales or willing to move here.

It is designed to provide business loans and equity packages from £50,000 up to £2million, and backs start-ups, established small and medium-sized businesses and early stage tech ventures across a wide range of sectors.

It provides both short-term project finance and longer-term growth finance, as well as follow-on investment and additional working capital.