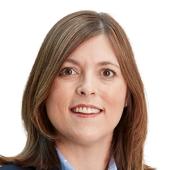 “With the Development Bank’s help, we are rooting Cwmni Da even more firmly in Caernarfon so the company can continue to thrive and prosper, providing good, well-paid jobs and contributing to the local economy.”

Fifty jobs were safeguarded at one of Wales’ leading TV production companies after ownership was transferred to its employees, following support from the Development Bank of Wales.

Caernarfon-based Cwmni Da, founded in 1996, is an important producer with a long track record in making factual, entertainment, children’s and drama programmes, mostly in the Welsh language for S4C.

The Development Bank helped to secure the future of Cwmni Da with a £750,000 investment in early 2019, giving staff ownership of the production company through an Employee Ownership Trust (EOT)

The move to become an EOT was supported by the Wales Co-Operative Centre, who provided advice and governance support to the new trust. Since then, the production company has taken on extra four members of full-time staff.

The trust is believed to be the first of its kind in the British broadcasting industry.

The Wales Co-operative centre can help businesses in Wales transition to employee ownership.

If you’re looking to transition to employee ownership, the Wales Co-operative Centre has a team of specialist advisors who can manage the whole process for you. Visit their website to learn more.