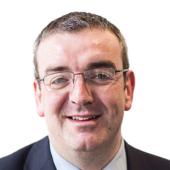 Fifty jobs have been safeguarded at one of Wales’ leading TV production companies after ownership has been transferred to its employees, following support from the Development Bank of Wales.

The move to give Cwmni Da’s staff ownership of the business through an Employee Ownership Trust has been made possible by a £750,000 investment by the development bank. It’s expected that this development, the first of its kind to be supported by the Wales Business Fund, will also allow the company to create 10 new jobs.

Caernarfon-based Cwmni Da, founded in 1996, is an important producer with a long track record in making factual, entertainment, children’s and drama programmes, mostly in the Welsh language for S4C. Among its productions are some of the channel’s biggest hits, including Fferm Ffactor, Ffit Cymru, Noson Lawen, Dim Byd and Deian a Loli.

Cwmni Da also creates content for the BBC, Channel 4 as well as with international partners from its state-of-the-art production centre at Victoria Dock.

Co-founder and managing director Dylan Huws has been the sole owner of the company since December 2017, when two of his fellow directors stood down. He will remain as managing director for three years while the transition to the new structure takes place.

The trust is believed to be the first of its kind in the British broadcasting industry. It is being project managed by the Wales Co-operative Centre with legal advice from Cardiff law firm Geldards.

Mr Huws was keen to ensure that the company remained in Welsh hands and that the people who worked in it would benefit from any transfer of ownership.

Mr Huws said: “We are extremely grateful to the Development Bank of Wales for their invaluable support at an exciting time in Cwmni Da’s history.

“The finance we have received has enabled us to transform the company into an Employee Ownership Trust.

“With the development bank’s help, we are rooting Cwmni Da even more firmly in Caernarfon so the company can continue to thrive and prosper, providing good, well-paid jobs and contributing to the local economy.”

Rhodri Evans, Regional Manager at the Development Bank of Wales said: “This has been an exciting opportunity for the development bank to help enable the first Employee Ownership Trust in the British broadcasting industry. We understand the importance of securing and creating local jobs and providing succession funding for the next generation of owner managers, especially in the creative industries.

“I’m sure this exciting step in Cwmni Da’s history will bring with it a great sense of ownership among existing employees and will be an attractive benefit to potential new staff.”

This is the first business to receive funding of this type for a transfer of ownership from the Wales Business Fund which is part-funded by the European Regional Development Fund (ERDF) through the Welsh Government. It is designed to provide business loans and equity packages from £50,000 up to £2 million.

Get in touch with our dedicated investment team to find out more or if you think you're investment ready apply today.