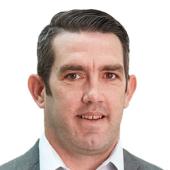 The Development Bank of Wales saw a milestone year for business succession in the 2021/22 financial year, with more than 40 new management teams supported as they took control of businesses across Wales – the highest number of succession deals backed by the Development Bank in a single year.

More than £17m was invested via succession deals in companies in Wales, supporting incoming teams and outgoing owners across a range of sectors.

More than £4.2m of the investments made were achieved through equity, accounting for approximately a quarter of all succession deals.

In the last five years, the Development Bank has invested more than £50m to support succession transactions, backing more than 150 businesses.

Business succession – in which the ownership of a business is passed to another person or management team – is an important part of the business cycle, especially as owners look ahead to retirement.

The Development Bank works with new management teams to take on the ownership of long-standing companies, by helping to raise the capital needed to buy existing businesses.

It also works with owners to secure their legacies and pass their businesses on to new hands – as well as helping them to realise the value of their businesses before retiring or focusing on other projects.

One of the businesses backed through succession by the Development Bank last year was Abbey Glass, a Pontyclun-based bespoke glass manufacturer which provides glazing and other fixtures to developers and commercial firms – including Whitbread, Marriott & JD Wetherspoon.

Angela Worgan, who served as managing director of Abbey Glass from early 2020, took ownership of the business following a succession deal in March this year.

Angela started part-time at Abbey Glass in an admin support role in 2006, and worked her way through numerous roles – including project manager and commercial director – before taking over as the owner in March.

The deal was backed by the Wales Management Succession Fund, which is tailored specifically to helping businesses undergoing succession.

Angela said: “I’d been MD for two-and-a-half years, and I’d always aspired to reach an ownership position, either by starting my own business or a stake in the business I was involved in myself.

“When our former owner was looking towards the future and retirement, I knew it was the opportunity to finally become an owner myself.”

She added: “I’d spoken to some companies who could have provided the finance, however the guidance and support provided by executives at the Development Bank was what initially interested me. I knew the deal would be complicated and I would need support, so I appreciated the knowledge and expertise that they were able to offer”.

“There must be so many like-minded people out there who think it is incredibly difficult to raise the investment monies needed to co-ordinate such a succession deal, however there are so many different ways of sourcing that funding.

“Not only has it allowed us to plan for growth, but it has also pushed us towards better governance and opened our minds as a team to take the business forward.”

“We can make buy-outs smoother.”

Scott Hughes, Investment Executive at the Development Bank, said: “We’re really pleased to have hit a milestone year for succession deals, supporting businesses across Wales as owners look at passing on their businesses and management teams look at the potential of new ownership. This also helps us to deliver one of our fundamental objectives to retain and preserve Welsh-based businesses in Wales.”

“We encourage businesses to think about succession and look at planning for transferring their business early, and to make sure they have the right processes in place. We can provide the support and investment needed to make buy-outs as smooth as possible.”

If you’re a business owner or management team looking to buy or sell a business in Wales, the Development Bank can help with loans and equity up to £10 million and follow-on funding.