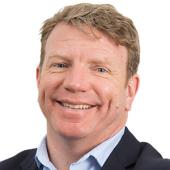 Previously known as Finance Wales, the development bank invested £68 million in 285 businesses in Wales during the period from 1 April 2017 to 31 March 2018. 3930 jobs were created or safeguarded against a target of 3300.

A total of 321 investments were made in 285 different companies across Wales with a further £70 million leveraged from private sector funds.  A new eligibility checker and online application form has helped the number of applications received increase by 40% compared to the same period in the previous financial year.

The development bank now manages in excess of £1 billion in funds including £454 million for Help to Buy - Wales.  With the launch of the £100 million Wales Flexible Investment Fund in October last year the development bank now has close to  £0.5 billion of SME funds actively being invested.  Other funds include the £18 million Wales Micro Business Fund, which supports smaller enterprises with loans between £1,000 and £50,000.

The Development Bank of Wales is targeted to make a £1 billion impact on the Welsh economy by 2022. The scope and size of a number of funds has been increased with the introduction of the Wales Flexible Investment Fund providing support for micro to mid-cap businesses, with loans and equity deals available from £25,000 up to £5 million. The Wales Property Fund was given an extra £30 million in September 2017 benefitting more property developers and supporting the increase of house building in Wales.

Investments can now be made up to ten years with the Wales Business Fund investing up to seven years and the Wales Flexible Investment Fund up to ten years. Over £271 million is available across the two funds.

“This has been a busy and fruitful year for all of us at the Development Bank of Wales,” explained Chief Executive Giles Thorley. “Our annual figures show that our role is essential to support the appetite for finance and growth in the Welsh business economy. As an organisation, we’re keen to harness and support that ambition. As well as investing more than £68 million into Welsh businesses, our teams have been forging deeper partnerships with Business Wales helping to provide a joined up service for start-ups and established companies looking to succeed here.

“With our new headquarters already secured in Wrexham, we’re looking to expand our reach across all regions of Wales. Directly supporting the Economic Action Plan our  teams also work in partnership with the rest of the Welsh business community, investing in companies and property developments as well as helping more than 1937 homes this year through our Help to Buy - Wales team.”

The transformation of Finance Wales into the Development Bank of Wales was a key Welsh Government investment programme. The launch of the development bank was announced in July last year by Economy Secretary Ken Skates.

Economy Secretary Ken Skates said: “Huge congratulations to the development bank on exceeding its targets and creating and safeguarding nearly 4000 jobs and supporting over 230 businesses in its first financial year of operation.

“I am proud to have quickly progressed plans to establish our development bank,  which both directly and in partnership with Business Wales and private sector funders,  is providing Wales’ based businesses with the support they need.

“The bank is adding genuine value to our economy and later this year,  and in line with our Economic Action Plan,  its new headquarters will be opening in Wrexham. I look forward to the important contribution this move will make towards ensuring that economic growth and prosperity is more fairly distributed across the regions of Wales.”