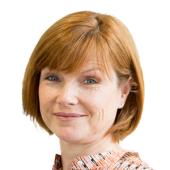 Figures released by the Development Bank of Wales show an investment of £10 million in local energy projects in Wales.

The evergreen £12.5 million Local Energy Fund was launched in 2016 by Welsh Government and is managed by the Development Bank of Wales with all monies recycled into new projects once monies are repaid.

Working in partnership with the Welsh Government Energy Service, the Development Bank of Wales has now awarded funding to ten projects. Wind, solar, hydro and battery storage technology schemes have all benefited from funding with approximately £23.5 million in community benefit since the loan fund began.

Lesley Griffiths, the Minister for Environment, Energy and Rural Affairs said: “I am delighted to see how our long-term support to the community energy sector has helped to develop successful locally-based enterprises, delivering projects across Wales at an impressive scale.”

“Investment in these schemes can also make a real difference in supporting us to build a strong, green and sustainable economy as well as protecting our environment, which will ultimately benefit our communities.”

Recent projects include a £2.12 million loan from the Local Energy Fund to Egni Co-op. The money is now being used to fund the biggest ever roll-out of rooftop solar panels in Welsh history.

Set up in 2014 by Awel Aman Tawe (AAT), a community energy charity which has been operating for 21 years, Egni was named Outstanding Renewable Energy Project in 2019 and Awel Aman Tawe was recognised as Environmental Organisation of the Year in the Social Enterprise UK Awards.

Egni has already completed the largest rooftop solar installation in Wales on the Geraint Thomas National Velodrome of Wales in Newport with over 2000 panels. The social enterprise has already raised £2 million so far from community shares. Egni’s sister co-op, Awel, owns a 4.7MW wind farm near Pontardawe, a project that received loan support from Welsh Government. Egni is using this latest funding from the Development Bank of Wales to deliver solar panel installations on 128 premises including community buildings, businesses and schools across South Wales – nearly 4MWp has already been installed, making it one of the largest rooftop solar co-ops in the UK.

“We offer sites a 20% reduction on the cost of electricity and several of our smaller community sites benefit from free electricity from the solar generation. In fact, we have saved users over £88,000 a year in electricity costs and carbon emissions have reduced by 1,000 tonnes a year to date.

“The funding from the Development Bank of Wales will enable us to accelerate our programme of installations across South Wales; tackling climate change and reducing carbon emissions right at the very heart of our local communities.”

Nicola Griffiths leads the Local Energy Fund for the Development Bank of Wales. She said: “Our support for Egni as a social enterprise is a prime example of how our funds can help to increase the amount of renewable generation owned in Wales.

“As a dedicated fund, the Local Energy Fund offers accessible development and capital finance for community led low carbon and renewable energy projects which can provide economic, social and environmental benefit to local areas across Wales.  We are working closely with the Welsh Government Energy Service, helping to support Welsh Government’s renewable energy target for a gigawatt of locally owned generation by 2030. We are also facilitating a reduction in carbon emissions, something that is so important as we all look for opportunities to tackle the climate crisis and build back better from Covid-19.”