£100 million for 112 property developments in Wales 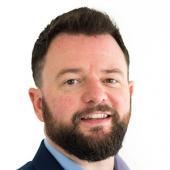 Launched in 2013, the initial property development fund was £10 million. It was increased by Welsh Government in 2017 by £32 million before the launch of the £40 million Stalled Sites fund in 2018 followed by the £55 million Commercial Property Fund in 2019. Funding totalling £137 million is now under management by the Development Bank of Wales; providing short-term loans of up to £5 million for residential, commercial and mixed-use developers in Wales.

The £100 million investment to date has helped fund the build of over 1200 new homes, including 100 affordable homes. This includes a new residential scheme by Beech Developments in Caernarfon which will see 23 new affordable homes for housing association Adra as part of a 45 housing property development in the town.

Cenydd Rowlands is Property Director for the Development Bank of Wales. He said: “These numbers are very encouraging, particularly given the fact that we have only had a dedicated property team since 2017. Indeed, more than £65 million of the total investment has been made in the last three years alone. However, the most rewarding measure is that in just six years we have funded over 100 small and medium-sized developments, all of which are providing much needed new homes, mixed-use and commercial space in communities across Wales.

“Small developers can have a significant lasting economic impact on local communities. The structure of our funds allows repayments to be quickly recycled, meaning the same money can be used several times to support a number of different projects; creating homes, jobs and supply chain opportunities where they are needed most, wherever they are in Wales.”

Over 100,000 square feet of new commercial space has been developed including the third phase of Glan yr Afon Industrial Estate in Aberystwyth. Developers Ellis Development Company (Wales) Ltd were the first to benefit from funding from the Wales Commercial Property Fund for the development which features 12 units totalling 16,910 sq ft of speculative light industrial and commercial space.

Launched in 2019 to encourage SME developers to invest in Wales’ commercial property market, the £55 million Wales Commercial Property Fund is financed by the Welsh Government. The aim of the fund is to support the development of over 400,000 sq ft of much needed industrial and office space across Wales as part of a wider property delivery plan over the next ten years to deliver against the ambitions set out in Welsh Government’s Economic Action Plan. Loans from £250,000 to £5 million are available with a maximum five year term for mixed-use and commercial development projects in Wales.

Cenydd continued: “With a specialist team that understands the challenges of construction, we are able to work with developers to create a tailored approach to suit each individual scheme.

“The Welsh Government’s Economic Action Plan recognises that businesses of all sizes across Wales need modern sites and premises that will enable them to expand and grow. The £55 million Wales Commercial Property Fund is key to delivering that and is already encouraging smaller developers to invest in communities; boosting the economic outlook and proving how the public and private sector can work in partnership for the benefit of local people and the economy.

“Unlocking stalled sites is also a key objective. Through the Stalled Sites Fund we can provide loans for residential developments in Wales that are unable to be progressed with traditional development funding. Loans from £150,000 to £4 million are available up to 90% of Gross Development Value including up to 100% of build costs with terms of up to four years.”

The Development Bank of Wales is also responsible for managing the newly launched Self Build Wales scheme, which offers loans and support to individuals building their own homes on pre-agreed plots that have been provided by local authorities.   The Self Build Wales loan can include 75% of the plot purchase price and 100% of the build costs and are repayment free for up to two years. This will allow  people to cover their living costs during the build process and then repay what they’ve borrowed by raising a standard mortgage on their new home once completed. First time buyers can build their deposit into their new home.

Plots will be continually added to the scheme but won’t be released on a first come first served basis or by the highest bid. Funding will be awarded based on a scoring system to ensure that applicants meet the priorities set out by each local authority to ensure that both housing and social needs are met.

Developed in partnership with the Welsh Government and local authorities, the £40 million fund will be recycled resulting in a projected £210 million investment over the term of the scheme. Cenydd added: “Stimulating our housing and property market is a key driver of economic growth. The self and custom build sector can become an important contributor to this but such projects are often seen as being out of reach for the average person. The Self Build Wales scheme will help remove the barriers and uncertainty that prevent people in Wales from building their own homes whilst also meeting local needs like creating adapted homes or attracting certain professions to a specific area such as GPs. The scheme will also offer a sustainable increase in demand for local builders, tradespeople and supply chains, which will further enhance the positive impact our funds are having across the Welsh property market.”

Get in touch with our dedicated property team to find out how we could support your business.