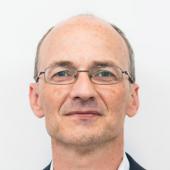 We share relevant third party stories on our website. This release was written and issued by Wagonex.

Wagonex, the car subscription service, today announced they have completed​ their move to Cardiff. This milestone is a major success for Wagonex on its mission to reimagine car ownership.

“Moving to Wales marks the next phase of growth for the company. Since moving, we are pleased to announce the release of our upgraded platform, which would not have been possible without the move,” says Toby Kernon, Founder and CEO at Wagonex. “Additional thanks must go to the Development Bank of Wales for helping us make the transition smooth and successful.”

Wagonex aims to make car ownership a thing of the past, and offer a range of vehicles on all-inclusive subscription plans instead. Users can sign up for the complete package, including insurance and roadside assistance, in just a few clicks, and have their new car delivered to their door.

Dr Richard Thompson, Senior Investment Executive in the Development Bank’s technology ventures team, added: “Wagonex is working with some of the world’s biggest car manufacturers. It’s great to support them in expanding their headquarters in Cardiff, which is now acknowledged as one of the UK's equity hotspots. Subscription service providers play an important part in a rapidly changing world where consumers expect speedy access to products. The Wagonex software platform makes this possible for automotive companies, car dealers, and their customers.”

The company is now based in popular tech hotspot, Tramshed Tech, and have hired a team to implement their new website as they continue to grow.