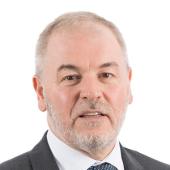 The Development Bank of Wales’ latest fund, the Wales Angel Co-investment Fund, will provide its first £90,000 of match funding to a syndicate of five business angels investing in Drone Evolution.

Lead investor, Andrew Diplock is former MD of UES Energy, a company formed in Caerphilly which he grew to a successful exit in late 2015. Andrew invests solely in Welsh rooted businesses and is also a member of the Welsh Government’s Valleys Taskforce in addition to being a Governor at Coleg y Cymoedd.

The joint investment of £180,000 is the first tranche of a potential £270,000 investment which will be used to buy drone equipment and to develop the company’s premises which will also function as a state-of-the-art training facility for the sector.

Drone Evolution is a commercial drone services company which hopes to change the way businesses and organisations use drones and increase public safety. The company was set up earlier this year and became operational at the beginning of November.

The company will initially have a fleet of up to five high specification drones and with the financial backing, they expect to recruit up to 12-15 staff over the next three years.

Most commercial drones can only fly for around 20 minutes before their battery runs out and they must be brought down, which isn’t usually long enough for security at public events. However, Drone Evolution plans to supply specialised tethered drones which can stay in the air for much longer than standard drones because they can receive power through a cable.

This will mean clients can get a lot more data over a longer period from them, which could also be useful, for example, in providing traffic monitoring on a housing estate build.

The Caerphilly-based company, advised by Siôn Tudur at Loosemores Solicitors during the deal process, will also be developing its own drone products and providing training for users.

Drone Evolution’s managing director Clayton Earney said: “This is a show of faith from investors that this is a business that’s worth investing in, and they think it’s an exciting opportunity in a sector that’s growing fast.” Clayton is joined in the business by ex-colleague John Young and entrepreneur Toby Townrow.

The £8m Wales Angel Co-investment Fund was launched in April and seeks over the next four years to extend angel investment activity through enhanced investment syndicates throughout Wales.

Lead investor, Andrew Diplock said: “What I look for in any business are the right individuals with the right experience, a great business model and a growth ambition for an ultimate exit. Drone Evolution ticked all the boxes for this investment.” Andrew was joined by experienced angel investors Gruff Dodd, Phil Buck and Ashley Cooper backing this business.

Unlike the development bank’s other funds, the Wales Angel Co-investment Fund is investor led with the bank providing match funding up to a maximum of £250,000 per project. Andrew Diplock is one of only 4 lead investors currently approved to work with the fund.

The fund, which was launched by Angels Invest Wales (AIW), Wales’ leading angel investor network, allows the development bank to harness the talent and experience of some of Wales’ top investors and entrepreneurs.

Andrew said: “The fund gives the opportunity to the angel community to drive their own selection of investment opportunities. Crucially, it’s an angel-led activity that is agile and innovative and credit goes to the Development Bank of Wales and Angels Invest Wales for enabling this to happen in Wales to help Welsh entrepreneurs.”