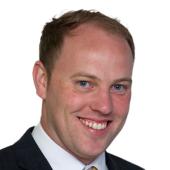 Following a significant loan from the Development Bank of Wales, a north Wales company will save salmon farmers millions of pounds a year while simultaneously supporting efforts of superior sustainability practices.

Ocean Matters, based at Penmon, Anglesey, is using a natural solution to fight the continuing biosecurity challenges associated with the parasites. It breeds lumpfish, a type of cleaner fish that feeds off sea lice and in doing so provides a cleaner growing environment for farmed salmon.

With the help of a £500,000 loan from the Development Bank of Wales, the company plans to double their current lumpfish production in an effort to meet growing demand. Ocean Matters, which formed in 2015 and started trading towards the end of 2016, have also secured a further loan of £500,000 from HSBC.

Co-founder and director John Callaghan said: “We’ve had great success to date, but the additional investment capital will allow us to not only continue improving existing systems but also support expansion construction that enables us to address the growing needs of our customers,” he said.

“This next expansion round thanks to the support of Development Bank of Wales brings us to a stage of critical mass where we’re going to take on more employees and be in a much better position to meet the demand in the market.”

The problem of sea lice is one that has accelerated with the growth of the salmon farming industry. In the UK, salmon farming began to take off in the 1970s and 1980s, and it is concentrated on the west coast of Scotland

The high density of fish in farm pens provides a much richer environment for parasites than the open ocean, and as their resistance to more traditionally used pesticides has developed, the complications of dealing with sea lice has increased.

Werner Forster, CEO and Co-Founder of Ocean Matters said: ¨Over time this method has become less effective as the parasites have evolved resistance to the pesticides, coupled with pushback from consumers, as well as objections from those concerned about the negative effects of such treatments on the environment. ¨

As an example of the detrimental effect of sea lice - In 2016 the world’s supply of farmed salmon fell by almost 10 per cent and wholesale prices rose by nearly 50 per cent.

Mr Forster added: “When you have concentrated fish farming practices, you’re going to have parasite problems, it’s the largest issue from a health and biosecurity issue that these farmers face and costs the industry around the world hundreds of millions of pounds a year. It’s not only the cost of treatment, but when a fish dies or needs to be harvested early – the salmon farmers incur all the costs required to growing the fish to that point but also a tremendous loss of revenue due to decreased harvest weights.

John Callaghan expressed his gratitude for the relationship that has been established with the Development Bank of Wales: “They have made a very conscious effort to understand the business, to come out and visit the properties, to speak with the employees and team. I have not seen a level of due diligence like they have performed, and it certainly was of benefit to a young company such as ours. They were able to see the potential.”

The aim of the company as it continues its expansion is to provide a natural solution to the sea lice problem that is already making a difference, for the benefit of fish farmers, consumers and the environment.

“Consumers like it because the fish aren’t being treated with unnecessary medicines and chemical treatments, while the environmentalists prefer a more natural approach to animal welfare. It’s really something that everyone has been supportive as a win-win,” he said.

“After meeting the team and visiting the site in Penmon we knew this was an exciting opportunity for the Development Bank of Wales to support the growth aspirations of Ocean Matters.  The company’s passion for battling the historic sea lice plague and their vision for the business really impressed us.”

“Our co-investment with HSBC provides certainty for the company to rapidly get to a critical mass of product so they can meet the growing demand. The investment will also support the company’s mission of being the industry leader in sustainable sea-lice management solutions.”