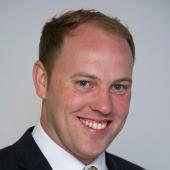 We share relevant third party stories on our website. This release was written and issued by Wild Horse Brewing Company.

Based in Llandudno, the brewery has completed a £134,000 capital investment project part funded by the Development Bank of Wales and the Welsh Government Food Division. It includes the purchase of four new fermentation tanks, adding to the four existing fermenters, as well as replacing the old hot and cold liquor tanks with two new larger and more energy efficient vessels. Annual capacity has increased from 175,000 litres (308,098 pints) to 350,000 litres (616,197 pints) with a new 600 square foot refrigerated 3C cold room also being completed.

With the support of the Welsh Government Food Division and the Development Bank of Wales, Wild Horse is expected to create four new full-time jobs over the next three years as a result of the increased capacity.

Dave Faragher, Brewer and Founder of Wild Horse said: “We’re incredibly excited to see this expansion complete after many months of planning. We’ve really struggled to keep our core and seasonal beers all available over the last four months so the additional capacity is going to be very welcome. We’re also looking forward to releasing some new one-off beers in the new year, which we’ve not had capacity to brew since May.”

Chris Hayward of the Development Bank of Wales said: “The funding for this deal came from the Wales Business Fund which is part-funded by the European Regional Development Fund through the Welsh Government. It’s always really rewarding to support local entrepreneurs and particularly encouraging to see businesses like Wild Horse Brewing develop and thrive. Our loan will support the purchase of the new brewing tanks and the creation of an improved cold storage unit leading to the introduction of new product lines and increased sales. As a highly regarded and fast growth business in Llandudno, we wish them every success!”.

Wild Horse Brewing Company was established in Cae Bach Industrial Estate, in the Builder Street area of Llandudno, by husband and wife team Dave and Emma Faragher in March 2015. Inspired by the North American craft beer revolution, Dave began brewing on ‘half-barrel’ system producing no more than 250 litres per week.

In April 2016, Wild Horse expanded to a 16-hectolitre brewing system with over 9000 litres of fermentation capacity. Wild Horse has since employed 4 full-time staff and is available on tap and in bottles at more than 100 pubs, restaurants and retail locations across North Wales as well as further afield.