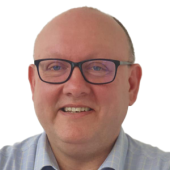 A Welsh start-up is looking to take its manufacturing off-planet, with the hope of producing materials in orbit that cannot be made on Earth.

Cardiff-based Space Forge, have a vision to harness the power of space by manufacturing high-performance products impossible to produce on Earth, working to decrease energy consumption and carbon dioxide emissions.

The permanent microgravity only found in space enables billions of new alloys to be made that were previously out of reach for humanity. By bringing them back to Earth these alloys could revolutionise renewable energy, transport, and computing industries.

So, from working out of a garage to becoming Europe's fastest growing space tech start-up, how did Space Forge launch?

The beginning of a clean industrial revolution 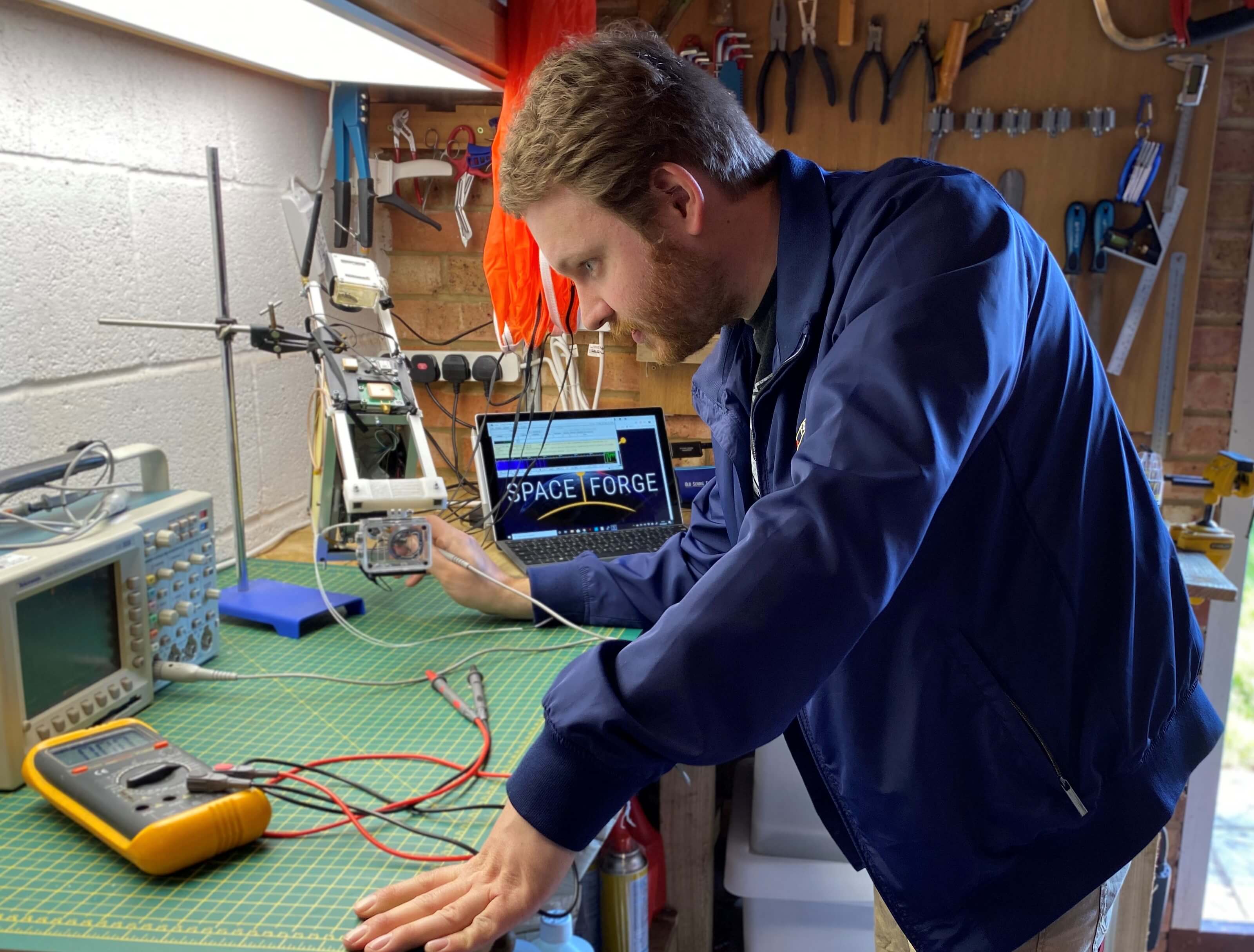 Space Forge was formed in 2018 while co-founders Andrew Bacon and Josh Western were working at Thales Alenia Space in Bristol. The pair had intended to quit their jobs in March 2020, but their plans were hit by the first waves of Covid-19.

However, this did not deter them from pressing ahead with their goals. Space Forge were aiming to lead a "new clean industrial revolution" by harnessing the unique conditions of space. The company looked to develop fully returnable satellites that are designed for manufacturing next generation 'super materials' in space including new alloys, medicines, and semiconductors.

It is hoped this far-reaching technology will eventually enable space manufacture to be a viable option that will help create a modern clean society, and radically reduce global carbon emissions. The satellites would be engineered with the planet in mind too, with the first ever reusable satellites that can be refurbished and launched again, rather than burning up in the atmosphere.

Josh said: "Earth is a pretty bad place to make things. Its dense atmosphere, consistent temperatures and gravity weighing us down means that we are always fighting against the natural environment. In space that is not a problem.

"By the end of the decade everybody in the UK will be using something that has been made in space in their everyday lives, but they probably will not realise it.”

To enable this revolutionary work to begin, Space Forge were looking to develop a world-first service incorporating both launch and return of a small new class of vehicle – the ForgeStar – that can be deployed from conventional launchers to provide rapid, dependable, and reusable in-space infrastructure.

To pursue their objectives, they would need significant funding from investors who believed in their vision.

In May 2020, Space Forge secured a £600k funding package from the Development Bank of Wales, alongside Bristol Private Equity Club and Innovate UK.

The funding helped the company continue to develop their reusable manufacturing satellite, ramp up their capabilities, and build upon UK and European partnership schemes.

Additionally, the company brought onboard 10 new team members of staff to develop the satellite project to a test launch position. In September 2021, Space Forge moved its manufacturing base from Newport to Cardiff.

Josh said: “It was amazing to receive this funding at such a critical time for our company. Both investments helped us create jobs in our key technologies across our base in Wales and design hub in Bristol.

“It helped us accelerate the development of critical technologies and carry out key testing. We needed as much support as possible.”

In July 2021, Space Forge raised a seed round for an undisclosed amount. With participation from big names in the space industry, a dedicated team, and expansion into the US market - Space Forge looked set to become a leading player in the industry.

Dylan Taylor, CEO and Chairman of Voyager Space Holdings, said: “Space manufacturing has been a focus of mine for many years. What Space Forge is doing to close the value loop for in-space manufacturing and product return is remarkable. This approach could be a game changer for the industry.”

Space Forge used the funding to take the next steps towards its first launch and return of a ForgeStar. Moreover, they were able to build dedicated manufacturing platforms called ForgeStars, while running high cadence procedures that are quickly scalable to hundreds of kgs (with the target of scaling to thousands of kgs) without the need of astronauts in place for the manufacturing process.

Proving scale and high cadence to meet the growing demand for these novel materials in space would lead the company to ultimate success.

In December 2021, Space Forge closed Europe’s largest ever seed round for a space tech company, raising $10.2 million. The round reached four times the original target with investment from across the globe.

The business model presented the company with the opportunity to not only manufacture materials in space, but the capability to return those materials from orbit without the use of a capsule – which will improve the characteristics of return from space and aiding refurbishment.

“This investment represented how DeepTech can be harnessed for global applications while bringing us closer to a greener, more sustainable future.”

Space Forge has made enormous strides in the intervening two years, evolving from a bare-bones start-up operating out of a garage to a team of around 35 members working in its industrial facility. 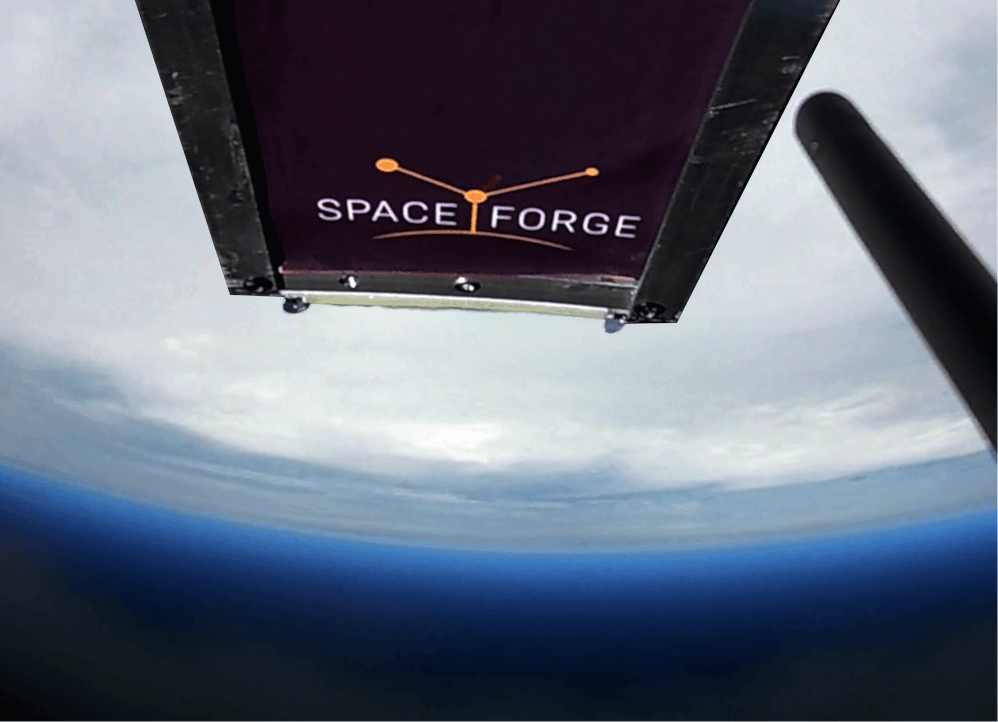 In January 2023, Space Forge launched its ForgeStar-0 satellite on Virgin Orbit's Start Me Up mission in Cornwall, which was the first ever launch taking place on UK soil.

The satellite is the world's first returnable and reusable satellite platform to allow humanity to harness the power of microgravity, which could transform manufacturing forever.

The ForgeStar-0 satellite, which took five months to build, had been integrated into the Virgin Orbit launch system. The launch looked to test the deployment of Space Forge's proprietary re-entry shield, ahead of future operational missions.

After taking off from Cornwall, the Virgin Orbit plane flew to 35,000ft over the Atlantic Ocean where it jettisoned the rocket containing nine small satellites towards space. However, organisers of the Start Me Up mission said the rocket – with a variety of civil and defence applications – failed to orbit.

Releasing a statement, Joshua Western, Founder of Space Forge said: “We do these things not because they are easy but because they are hard. Unfortunately, Virgin Orbit's Start Me Up mission didn't make it to orbit. Onboard was ForgeStar-0, Wales' first satellite.

"I am incredibly proud of what Space Forge achieved. We designed, built, and qualified a satellite in five months. ForgeStar-0 passed every ground test and validation we threw at it.

"Our pain is shared across the other payloads, the team at Spaceport Cornwall, and Virgin Orbit."

What is the future?

After coming so close to reaching orbit with ForgeStar-0 satellite, Western has indicated that Space Forge's next mission, ForgeStar-1, is nearing build completion.

Announcing the news in a statement, Western said: "We'll be launching it later this year. It's a far more capable mission being both a demonstration of in-space manufacturing, and our first return attempt."

"The launch did not succeed. But it was still incredible. For the first time a rocket took off from the UK. The history of the space industry is the history of a sector that learns from failures at the vanguard of technology. Nobody ever said it would be easy, but everyone says it will be worth it. We will continue to support launch from the UK and a ForgeStar platform will launch from here.

"We'll wear the ForgeStar-0 mission patch with pride with what we achieved."