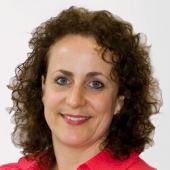 “Thanks to the Development Bank of Wales we’re in a position to really expand our offering. By starting up in Wales we were able to access the funding we needed to launch our marketplace platform across Android, iOS and Web.”

Peer-to-peer marketplace Paperclip was founded by university friends Rich Woolley and Alan Small. It allows users to buy, sell, swap, and give away second-hand goods to other users nearby.

Rich first pitched his idea for the app at the 2014 London Start-up Weekend, raising initial investment from a New York based hedge fund. Paperclip later appeared on crowdfunding TV show, Moneypit, where they secured further seed capital from a number of investors.

To help them scale the team, improve the platform’s functionality, and move their offices from an attic bedroom in Penarth to an office in central Cardiff, Paperclip approached our technology team for additional investment. They secured a six figure co-investment deal – with the bank and a syndicate of Turkish investors. They’ve since gone on to receive follow-on rounds from us and a number of high profile investors.

The app went live for Apple and Android devices in October 2016, and quickly achieved thousands of active users across the UK. Paperclip continues to see significant growth with thousands of items added to the marketplace every week.